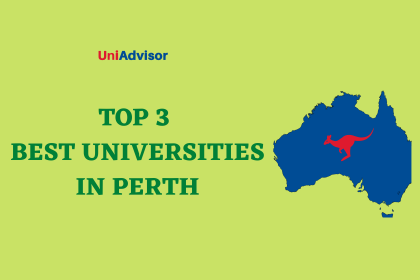 Want to study in Australia? We have some of the best universities for international students in Perth.

Perth is one of the most affordable cities in the world and is a gateway to explore Australia. The city is home to many international events and attractions including museums, festivals, galleries, and neighborhoods representing every continent. Perth also came second (only behind London) in terms of quality of life and employment prospects in a recent survey.

Jobs for international students in Perth

Among the factors contributing to the rise in popularity include affordable tuition fees and living costs, public transport, green spaces, safety and accessibility. Students at the top universities in Perth enjoy more individual attention from their lecturers and have greater access to campus resources than those studying elsewhere.

The number of students choosing Perth as their study destination has risen by 8.7% in the last few years, making it an excellent place to learn English. And by 2020, it will house 20% of all tertiary education providers in Western Australia.

UniAdvisor, an online platform that helps international students make informed decisions about their university and country of study, recently released a set of Australia university rankings.

Rankings were based on quality of education, alumni employment, employer recommendations, completed awards and research impact.

In this article, we introduce to you the top 3 best universities for international students in Perth – one of the most beautiful cities in Australia that you might consider to add to your wish-list when studying abroad.

Curtin University is an Australian public research university based in Bentley and Perth, Western Australia. The university has been expanding its presence and has campuses in Singapore, Malaysia, Dubai and Mauritius.

See the rest of the list of the Best Universities In Australia HERE.