Group of Eight Universities in Australia for International Students 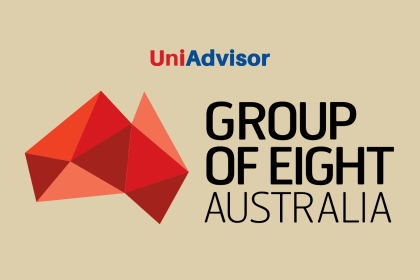 You must be looking for study abroad in Australia, yes? Have you heard about Group of Eight Universities in Australia for International Students?

The Group of Eight is a company that operates in the academic market. The company is based in Canberra which is the capital city of Australia. The Group of Eight (Go8) collaborates on global research and education projects to benefit students and the community.

The Group of Eight (The Go8) shares a common mission to be among the world’s best. The Go8 produces outstanding research, provides innovative education and makes a critical contribution to Australia’s future through our graduates, researchers and outreach activities. The Go8 is responsible for more than $66.4 billion in economic impact to the Australian economy each year through its research and operation.

More than a quarter of all higher education students in Australia – 380,000 students – are educated at The Group of Eight. Some 96,000 quality graduates from Group of Eight join the job market each year.

The Go8 is working hard to deliver the best education to our students, and all graduates are welcome at any of the campuses. The Go8 is committed to quality education that transforms ordinary students into extraordinary graduates of enduring value in Australia and internationally.

Jobs for international students in Australia.

UniAdvisor is dedicated to the international students and international graduates. We are an independent website that helps you choose the right university and compare study abroad programs. We do this by looking at the best university rankings, asking for your feedback and investigating employment outcomes. At UniAdvisor we review and rank the best universities in the world. Our website is dedicated to guiding people through the exhaustive search for an international education, from assisting with the application process to program selection and beyond.